GraphQL as an alternative for Rest

GraphQL is an open-source runtime for filling data query language introduced by Facebook. It could be an alternative to REST as it allows the client to define the structure of the data query based on the need and retrieve the same structure of the data from the server! Wow.. That's not all the story, in fact, the APIs of GraphQL get all the needed data in a single request while, traditional REST APIs sometimes require multiple URLs to fetch data. So it would be more efficient. Many programming languages support GraphQL, you can see the list of languages and frameworks here. I'm starting with C# and Dot Net. To keep it simple, create a console application and reference the GraphQL:

After installing, add a Class named Book in the project:

Now, in order to use the above class as GraphQL metadata, there is an attribute with the same name in GraphQL namespace:

A simple method with a custom return type(Book) which has been assigned by GraphQLMetadata attribute. Now in order to retrieve the sample data via GraphQL as JSON, create a class and use the Schema class of QraphQL which lives in GraphQL.Types namespace:

Now if you call the above Request method in your program class:

You will see the output of QraphQL as JSON: 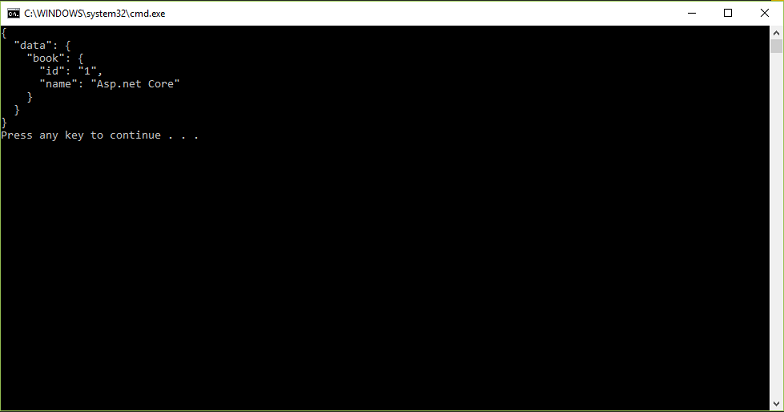 time out pattern in ajax

How to query over Icollection<> of a type with linq

How to use PagedList In asp.net MVC